For gamers, and especially for game makers, it is vital to understand game history. Not only read about it, but actually experience it! Therefore, we house a sizable collection of both modern and vintage games. The collection spans from the 70s up to current releases. Maintaining such a collection doesn’t come without its problems, though. The games that don’t run on modern hardware tend to gather dust most of the time. To battle this wrongly-appointed obsoleteness, we devised a solution to dust off and preserve these gems.

The solution was called the MAME PC. A glorious machine that held within its belly a myriad of our favourite olden and golden games. But like all legends eventually, it was getting old and needed an upgrade. Trouble is that it was a mini-PC, meaning an upgrade on the hardware wouldn’t be as straightforward as with a regular desktop. In addition (and more importantly), the MAME we were using didn’t support state saving. To put it shortly: we lost high scores every time a game was shut down. Imagine getting to the top only to be forced to prove yourself again at any given moment. Oh, the horror. 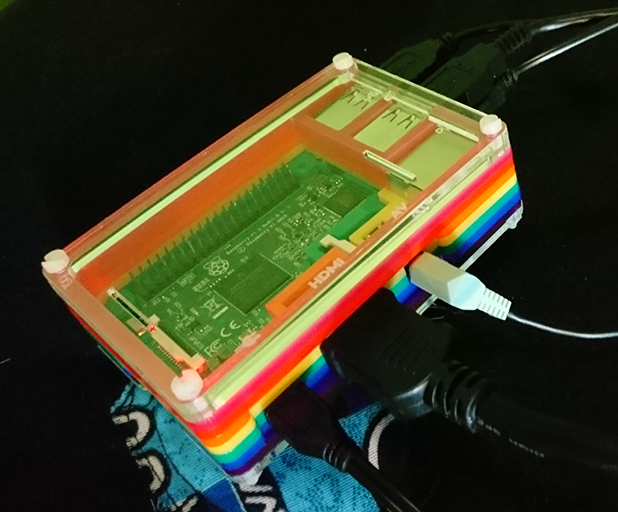 Crafty as we are, a new solution was devised: Raspberry Pi 3B! Encased in nostalgia of the time when Apple’s computers were a part of mainstream gaming. It runs the popular open source RetroPie system. So, basically a Raspberry Pi compatible version of Debian Linux, bundled with a zillion emulators and a front end to launch them. It runs all the MAME games the hardware can handle. And this is important: with state saving! No more losing that top dog status to anything else but the pure skills of your fellow gamers. It also currently has a lot of Commodore 64 games through VICE – including the modern C-64 games made by our master coder Lasse – and some PC games through Dosbox. The front end and most of the games are controlled with X-Arcade dual joystick as shown in the picture below. 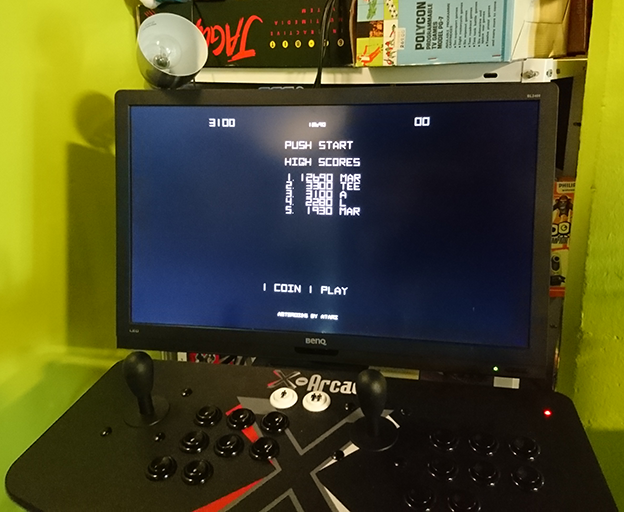 The retro game spot, as it is somewhat erroneously called, has been quite popular with many at the office trying to outscore each other in Asteroids or checking out various lesser known C-64 games. To celebrate the recent Winter Olympics, we even held Epyx’s Winter Games championships, with the C-64 version of course. Soviet Union won, reflecting the real 1988 Olympics. We are not alone in our quest for finding value in old games, the retro game spot tends to lure office visitors to test their skills on classics or childhood favorites, too. Despite its somewhat hidden location in a dark corner, behind the sound studio door. We’ve witnessed 40-year-old games still holding players’ attention. A good game is a good game, even after forty years.

In addition to providing insight into game history and adding inspiration to our daily lives, the social side is probably the most important benefit of the whole system. It provides a relaxed context for discussions between ludocraftians and visitors alike. That kind of communication is vital to a creative company like ours.

About writer: Johannes Kuipers is responsible for tech support as well as sound and media production at LudoCraft. Both inside and outside of LudoCraft he has shown interest in and knowledge of video game history – even beyond childhood nostalgia.

Previous How to Exercise without Exercising – 3 Protips!
Next A Night of Revelations

How to Exercise without Exercising – 3 Protips!

A Night of Revelations